Tweets of The Week – the Third Ashes Test

It was shaping up to be glorious, the possibility of having the Ashes urn return to Australia for the first time in seven years. We were all excited for what the day may bring – well, most of us… 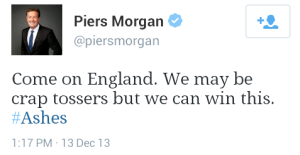 After Australia had won the toss, we were amped for some big scores – after all, the WACA pitch looked glorious; but then the first wicket fell cheaply and the Channel 9 commentary team started up their “analysis”: 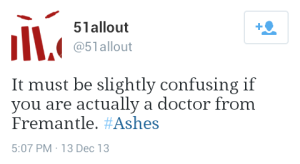 Australia’s public enemy number one managed to get in an interesting over or two, courtesy of everyone’s “favourite” umpire, Billy Bowden… 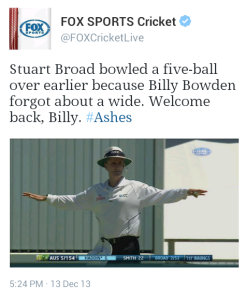 Every Aussie wanted to be in front of the screen as play unfolded, regardless of where they were: 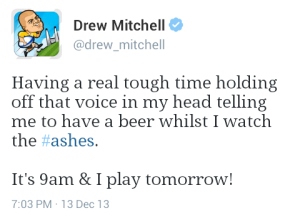 And surprise, surprise, Steve Smith was the one batsman digging in for the home team: 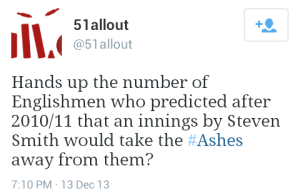 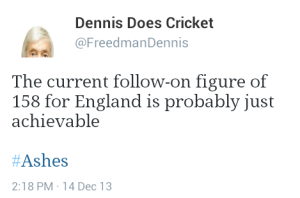 The weather was scorching and a typical day in WA: 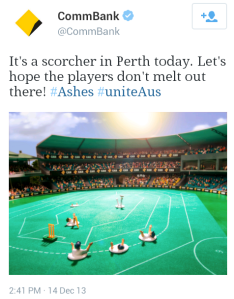 And it appeared that the heat even got to the heads of those in charge of the technology: 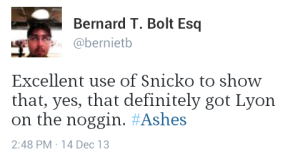 The Australian innings was soon over and England were chasing 369 to break even:

The Oz boys were eager – it was all about team-work: 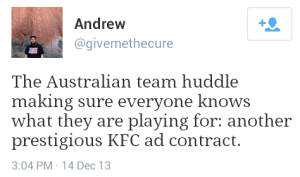 It didn’t go well for the tourists. 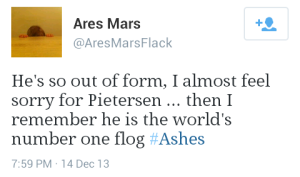 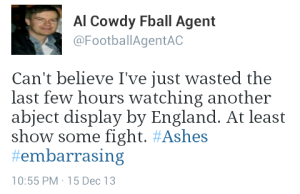 It didn’t improve much… 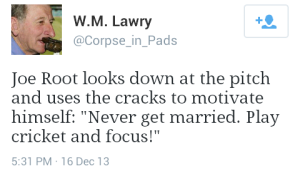 And then even the fans turned: 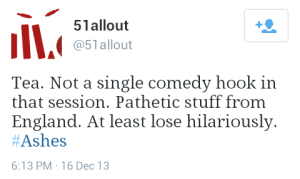 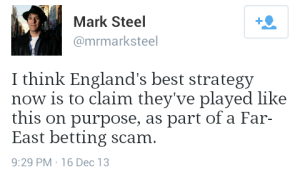 After making a century, Watto was true to form – as was Mark Taylor: 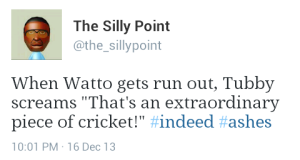 But it appeared in the bag – Australia only needing to take 5 wickets on the last day of play.

The WACA crowd were there in their tens of… well, tens… 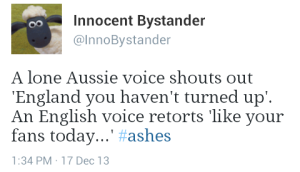 Matt Prior stuck around for a little bit in support of Stokes, but the inevitable happened: 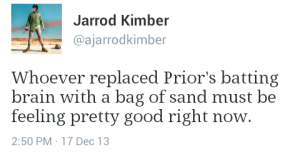 Lyon was getting a tiny bit of movement from the pitch: 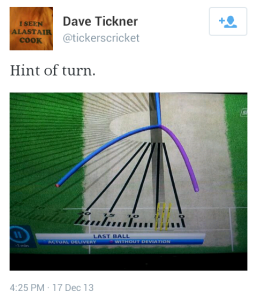 And pretty soon it was over. The Urn was coming back to Australia after an emphatic victory: 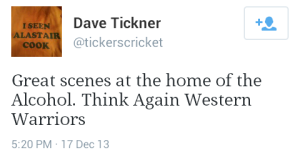 The English were left to ponder what could have been: 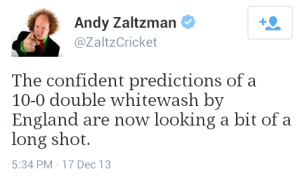 And then we found out the true story behind their abysmal performances: 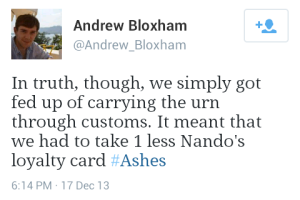 Australian fans were soaking it up, the emotion was overflowing and order had FINALLY been restored to world cricket! 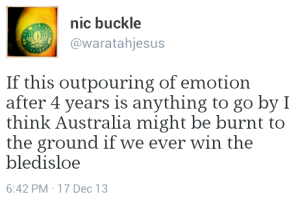 Bring on Melbourne, boys. The whitewash is on the cards.

Overly passionate Aussie sportswriter who holds as many Tour de France titles as Lance Armstrong, as many Rugby World Cups as Quade Cooper and has lost less Ashes series than Ricky Ponting. You offer me biltong, I promise I'm yours - and PC isn't my thing. Follow me on Twitter at @MKPS001.
View all posts by Mindy Pawsey →
This entry was posted in Tweets Of The Week and tagged Ashes, Cricket, Tweets Of The Week. Bookmark the permalink.